Our Team is committed to the invention of new medicines to treat people suffering from depression and to the creation of substantial value for investors and partners.

We have comprehensive experience in the science and business of CNS drug discovery and development up till Market Authorization Approval (MAA).

Dr. Rudi Pauwels is a pharmaceutical scientist with a specialization in virology and micro & nanotechnology and a serial biotech entrepreneur with a 35-year successful career in both academia and the biotech/pharmaceutical industry. 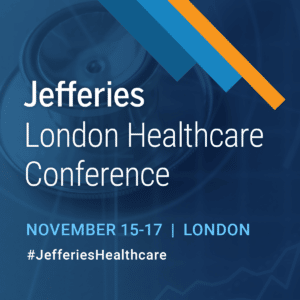 Dr Erik Buntinx, MD, is a qualified Psychiatrist and Psychopharmacologist. He previously founded the Anima Research Center, a private outpatient clinic in Alken, Belgium, which includes an integrated clinical and pharmacological research unit. For more than 25 years, Dr Erik Buntinx has been a Principal Investigator for various clinical trials ranging from Phase 0 to Phase III, as part of which he has observed several thousand patients. He has been involved in numerous programmes on CNS blockbusters.

As part of his work with the Anima Research Center, Dr Erik Buntinx is currently a key Principal Investigator not only in major CNS programmes, such as esketamine nasal spray and seltorexant in major depressive disorder, but also in key vaccine development programmes, such as the Janssen and the Clover COVID-19 vaccine, and the GlaxoSmithKline and Janssen respiratory syncytial virus vaccine.

Dr. Rudi Pauwels (1960, Belgium) is a pharmaceutical scientist with a specialization in virology and micro & nanotechnology and a serial biotech entrepreneur with a 35-year successful career in both academia and the biotech/pharmaceutical industry:
• Played a key role in the fight against the AIDS pandemic by
discovering several, widely used anti-HIV drugs during his doctorate studies at the Rega Institute (Leuven, Belgium) and while leading biotech company Tibotec that he co-founded in 1994.

• Realizing the growing need for much better diagnostics, he co-founded companies Virco
(1995) and Biocartis (2007) active in diagnostics related to infectious diseases and cancer.
• (Co)-author of more than 150 papers and received several awards. In 2012, he received the
Global Technology Pioneer Award from the World Economic Forum (WEF) (Davos,
Switzerland). He received an honorary Doctorate Degree from the University of Ghent in
2013.

Under Patrick leadership, the Janssen Business Development team facilitated numerous small and large partnerships with passionate researchers and entrepreneurs across the globe and completed several acquisitions, including the $30B acquisition of Actelion and $6.5B acquisition of Momenta Pharmaceuticals.

Patrick joined Johnson & Johnson in 1986 at Janssen Pharmaceuticals in Beerse, Belgium. He moved to the U.S. in 1993 and held leadership roles of increasing responsibility within the Pharmaceuticals Business development organization, including playing a key role in the acquisition of Cougar Biotechnology and the strategic collaborations with Crucell and Elan the creation of Movetis.

Before beginning his professional career, he studied bioengineering at the University of Leuven, Flanders, Belgium.

Lars brings over 25 years of drug development, project Management and senior management experience in the Pharmaceutical, biotech, and CRO/Consultancy business.
Lars worked as independent consultant for numerous pharmaceutical and biotech companies. Lars was also with Johnson & Johnson in positions of increasing seniority (amongst other responsibilities, he was Compound Development Team Leader at J&J for the development of Intelence, and Edurant).

In addition, Lars was CEO for Kinesis Pharma, 3D-PharmXchange, and Cardialysis.
Lars has a MSc degree in pharmacy (Utrecht, The Netherlands) and completed his PhD degree in Medicinal Sciences at the Cardiology department of the Leiden University Medical Centre in Leiden, The Netherlands.

Lieven Baert studied at the University of Ghent (Belgium) where he
obtained the degrees of Pharmacist, Industrial Pharmacist, Ph.D. in
Pharmaceutical Technology and Master in Business and Administration.
After a post doc at Merck Canada, Lieven worked at  Janssen
Pharmaceutica for more than 10 years, where he held different positions, such as Manager Clinical Supplies, CM&C leader and Director Formulation group. Thereafter Lieven joined the sister company Tibotec where he became Senior Research Fellow / Vice President Early Development and Innovation. In 2007, Lieven was awarded the Johnson & Johnsons  Philip B. Hoffman award for Scientists for his innovation work on novel dosage forms for anti-viral drugs. Lieven is inventor on 22 patents and is Flanders District of Creativity Fellow. Lieven started his own company “Jalima Pharma” in 2010.

Didier holds a Ph.D. in biochemistry from the University of
Antwerp, Belgium, and held the Chair of Pharmacology at the
Faculty of Medicine at the Hasselt University, Belgium.
He started his career as a researcher and published as key
author over 60 publications in peer reviewed journals.
Didier was the Senior Vice President Research and Early
Development in Europe for J&J Pharmaceutical R&D. He was site
head for R&D at the Janssen Pharmaceutica site in Belgium and
in charge of research teams in the US, Germany, France and
Spain.
Didier headed different major restructuring and organisational
changes. He designed and implemented novel strategies to
improve the success rate in R&D including the integration of non-
clinical, clinical, regulatory and health economics expertise early
on in the R&D process.
Currently, he runs a consultancy office in support of research
institutes and SME’s in the Pharma and Biotechnology sector.

Arthur Noach has over 25 years experience in pharmaceutical industry, of which more than 22 years in non-clinical development of drug candidates (small molecules and biologicals) for various indications. He has been and still is a member of drug development teams focusing on the design of formal non-clinical development programs as well as organizing and monitoring of toxicity, ADME and PK/TK studies at contract research facilities.

He contributes to non-clinical sections of and/or coordinates the overall production of a large number of INDs, IBs and BLAs and writes non-clinical Expert Reports. Arthur is Senior Consultant / Non-Clinical Expert at Venn Life Sciences ED BV in Breda (The Netherlands) since 1999. He studied Pharmacy at Leiden University (The Netherlands) (with 1-year internship at Univ. California San Francisco, USA) with majors in toxicology and pharmacokinetics and is a licensed pharmacist. In 1994 he obtained a PhD in from Leiden University on a toxicological/pharmacokinetic subject.

Dr. Nemeroff has received a number of research and education awards including the Kempf Award in Psychobiology, the Samuel Hibbs Award, Research Mentoring Award, Judson Marmor
Award and the Vestermark Award from the American Psychiatric Association (APA), the Mood Disorders Award, Bowis Award and Dean Award from the ACP and the Julius Axelrod Award
for mentoring from the ACNP. He was elected to the National Academy of Medicine in 2002. He was also named Alumnus of the Year from the University of North Carolina and from the UNC
Medical School. He received the Doctorate Honoris Causa from Maimonides University in Buenos Aires in 2015 and a Professor Honoris Causa from Favaloro University in Buenos Aires
in 2021.
Dr. Nemeroff is a member of the APA Council on Research and Chairs both the APA Research Colloquium for Young Investigators and the APA Work Group on Biomarkers and Novel
Treatments. His research is focused on the pathophysiology of mood and anxiety disorders with a focus on the role of child abuse and neglect as a major risk factor. He has also conducted
research on the role of mood disorders as a risk factor for major medical disorders including heart disease, diabetes and cancer. He has published more than 1,100 research reports and reviews, and his research is currently supported by grants from the National Institutes of Health. Dr. Nemeroff has also served on the Mental Health Advisory Council of National Institute of
Mental Health and the Biomedical Research Council for NASA; is co-editor in chief (with Alan
F. Schatzberg, MD) of the Textbook of Psychopharmacology, published by the APA Press and
now in its Fifth Edition; and is the co-editor in chief of a new journal published by Elsevier,
Personalized Medicine in Psychiatry. He is President-elect of the Anxiety and Depression
Association of America (ADAA).

Alan F. Schatzberg received his M.D. from New York University in 1968 and did his psychiatric residency at the Harvard Medical School (HMS) and Massachusetts Mental Health Center (MMHC) - 1969-1972.

At McLean Hospital, he held a number of important positions including Interim Psychiatrist in Chief (1984-1986). In 1988, he became Clinical Director of the MMHC and Professor of Psychiatry at HMS and in 1991, the Kenneth T. Norris, Jr., Professor and Chairman of Psychiatry and Behavioral Sciences at Stanford University. He served as Chair until 2010 and now directs the Stanford Mood Disorders Center.

He has been an active investigator in the biology and psychopharmacology of depressive disorders with over 700 publications and abstracts, and a Past President of the American Psychiatric Association (APA), American College of Neuropsychopharmacology, and the Society of Biological Psychiatry. He has received numerous honorary doctorates and awards including: the APA Award for Research, the Falcone Award from NARSAD, the Anna Monika Award, the Kraepelin Gold Medal from the Max Planck Institute of Psychiatry, etc. He is a member of the National Academy of Medicine.

Philip D. Harvey, PhD is Leonard M. Miller Professor of Psychiatry and director of the Division of Psychology at the University of Miami Miller School of Medicine. He is a widely cited author who was repeatedly designated by Thompson-Reuters as the being in the top 1% of all researchers in mental health in citations each year since 2010. He has served on several National Academy of Medicine Panels and headed a blue-ribbon panel jointly launched by the Social Security Administration and the National Institute of Mental Health with a goal of streamlining the process of award of social security disability to people with severe mental illness.

He has received a number of awards, including the Inaugural SIRS Clinical Scientist Distinguished Contributions award (2012), the 2014 American Psychiatric Foundation Alexander Gralnick Schizophrenia Research, the 2014 John Blair Barnwell award, the highest award for Clinical Research across all scientific
disciplines from the US Department of Veterans affairs, and Stanley Dean Award for Schizophrenia research from the American College pf Psychiatrists in 2020. He also been studying the effects of cognitive enhancing agents and cognitive and functional skills training in various conditions, including healthy aging, mild cognitive impairment, schizophrenia, dementia, mood disorders, and traumatic brain injury.

Dr. Laughren also holds a part time position as Director of Regulatory Affairs for the Clinical Trials Network and Institute of Massachusetts General Hospital, and does some of his consultation through that organization.

The focus of Dr. Laughren’s consulting activities is on regulatory and scientific strategies to facilitate psychiatric and neurological drug development.”